What is a Cantilever? | Scaffalature metalliche industriali | EMAF 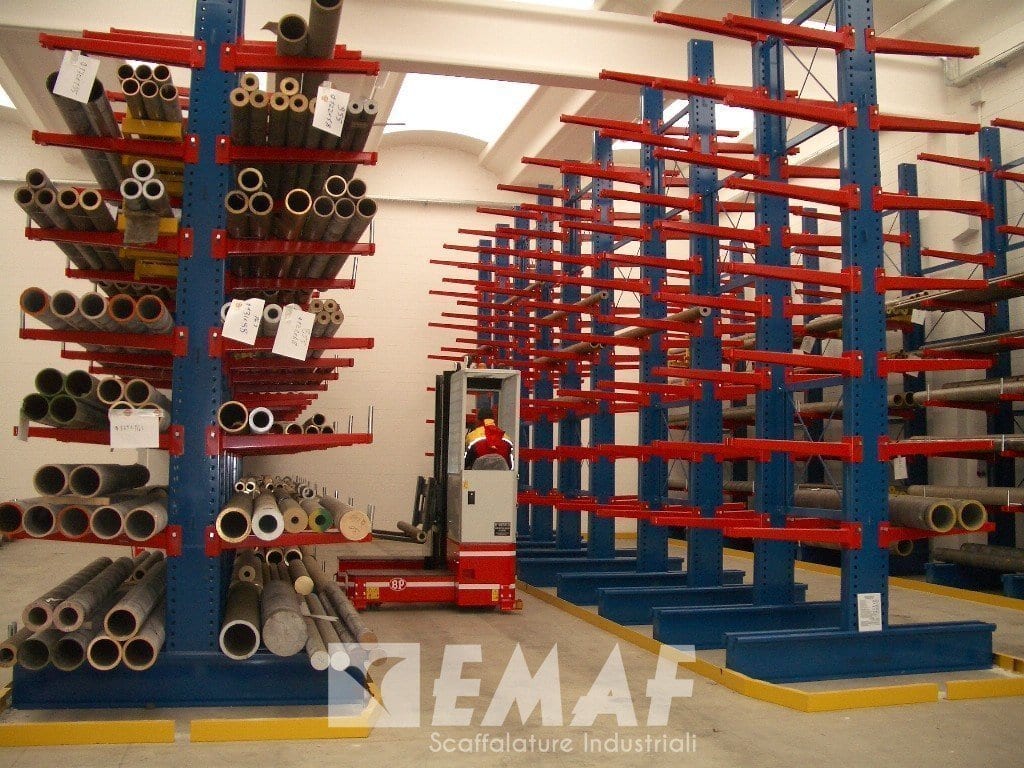 What is a Cantilever?

The Cantilever is a type of metal racking made of steel which is used to position very long loads which cannot be positioned on normal EPAL pallets. 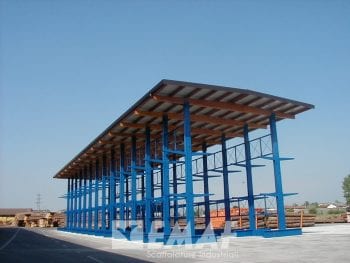 Example of Cantilever for outside with a roof

What is the cantilever made up of??

A metal Cantilever racking is made up of a series of steel columns that rest on a base. The arms are fastened to the columns: their quantity depends on the needs of who will use it.

How large is a Cantilever?

A Cantilever can be from two to six meters high per column, with support bases that vary from 50 centimeters to two meters in length. Some metal Cantilever racking can be inside an electrician’s laboratory, while others are positioned outside and are supplied with roofs to protect the merchandise from the elements. 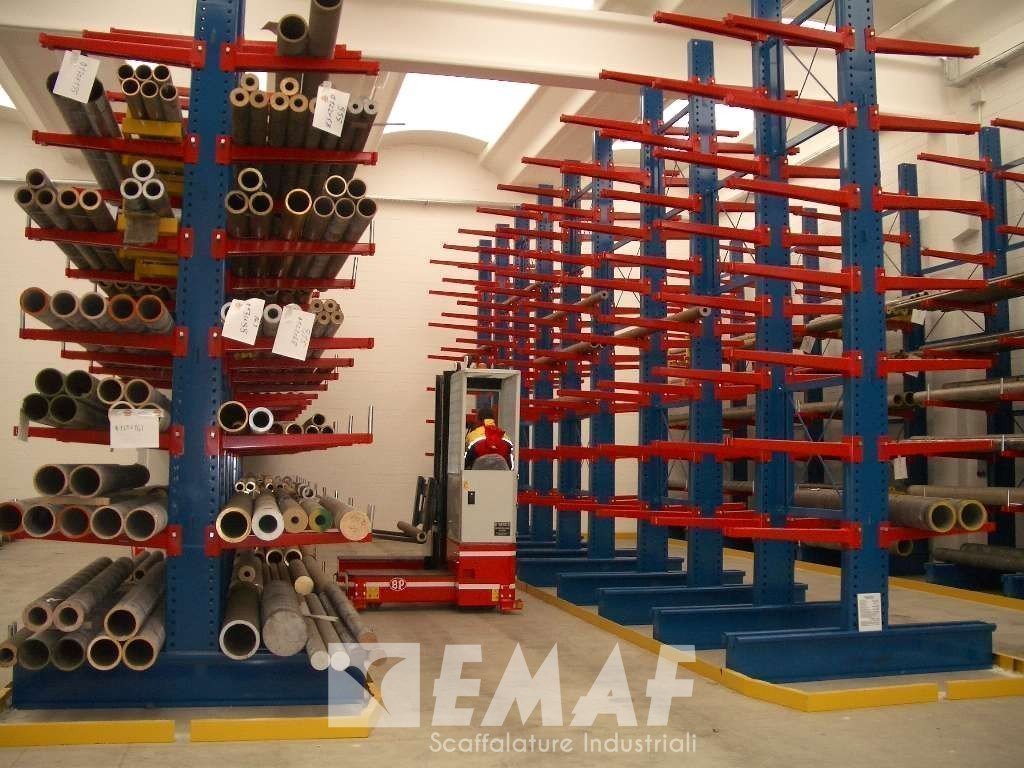 Are there orientation guides for the purchase of Cantilever?

It is very important to know the necessary dimensions for the racking and for the load that it will have to support.
It is best to have an expert guide you in the purchase.

How to calculate the load that the Cantilever will have to carry?

If a Cantilever must carry a load that is six meters long with a weight of nine thousand kgs. that rest on three arms, each arm must have a minimum carrying capacity of 300 kg. This capacity can never be surpassed without risking the stability of the Cantilever.

Is it better to buy a second-hand Cantilever?

What is a pallet racking?

Any cookies that may not be particularly necessary for the website to function and is used specifically to collect user personal data via analytics, ads, other embedded contents are termed as non-necessary cookies. It is mandatory to procure user consent prior to running these cookies on your website.